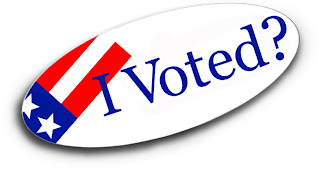 "The definitions in Measure V are the definitions that existed in 2006, and the Council cannot change them. To change them it would have to go back to the voters." - Former Sierra Madre City Councilman Lee Cline

You really do have to feel sorry for Danny Castro. Many people have jobs where they are forced to do things they know are wrong, and Danny, Sierra Madre's very own Development Services Director, appears to be in that unfortunate situation. Anyone who watched him in action during the Canyon Zoning dust up can plainly see that he is deeply concerned about the unique character of this community. But now, thanks to Mayor John Buchanan and Mayor Pro Tem Josh Moran, Danny has been forced to put his name to one of the worst and most dishonest documents this City has ever produced. I can't see him being happy about that.
Thursday evening the City of Sierra Madre will attempt to change the meaning of the term "dwelling unit," something that was established by a direct vote of the residents of Sierra Madre in 2007. Measure V, which is a voter approved law that empowers the residents to decide through their votes exactly how our downtown is to look, includes a very clear and unmistakable definition of what a "dwelling unit" might be. This is how that definition reads:
"Dwelling Unit" is defined as follows in a manner consistent with its 2006 definition in Sierra Madre Municipal Code Section 17.08.020: "'Dwelling unit' means one or more rooms in a building designed and intended to be used as living quarters by one person or a family."

Measure V, which upon approval by the voters of Sierra Madre became known as the Voter's Empowerment Ordinance, can be seen in full by clicking here. And as I said, this all became the law of this town through a direct vote of the people of Sierra Madre. Which in a real democracy is about to be as close to being sacred as things can get in government.

The stakes here are high for anyone who cares about democracy in Sierra Madre. Mayor Buchanan and Mayor Pro Tem Moran, backed up by Colantuono & Levin, the law firm that we the taxpayers pay $250,000 a year to work against our interests, want to take away our rights to vote on downtown development. And the way they plan on doing this is to change the legal definition of "dwelling unit." In spite of the wishes of the voters of Sierra Madre.
Below is how the "Executive Summary" of this dishonest document ("Clarification of Ambiguity of Term "Dwelling Unit") describes the intentions at work here. Which is to change a voter approved law while denying the voters any say-so in the process.

Whenever there is an ambiguity in the proper interpretation of city's (sic) zoning regulations, the Municipal Code requires the Planning Commission to "recommend to the city council the appropriate clarification of such ambiguity." How the term "dwelling unit" should be interpreted is ambiguous.
Of course, anyone reading the actual voter approved definition can see that there is no ambiguity whatsoever. "A dwelling unit means one or more rooms in a building designed and intended to be used as living quarters by one person or family." What could possibly be clearer? It is almost as if the City wishes you to believe that words have no meaning and only say whatever it is they themselves wish them to say.

Obviously we are entering George Orwell territory here. An impression that becomes even stronger as you read further.

What this so-called "Clarification" is actually intended to do is to morph the meaning of "dwelling unit" into something that a large and very interested development corporation would be able to work with. In other words, the intent here is to subvert a voter approved law without consulting the voters, and for the private financial benefit of an outside party. A change the City has somehow concluded it has the right to make by fiat.

The project in question, the "Assisted Living Facility," or ALF, is to be built on the site of the old Skilled Nursing Facility on Sierra Madre Boulevard. Measure V permits the building of 13 dwelling units per acre, which is a problem for this specific developer since the ALF would contain about three times as many units per acre if it is built now planned. As things now stand, in order to gain proper legal approval for this project the ALF project would need to be put to a vote of the people. Something that, for whatever reason, City Hall refuses to do.

This is how the City's "clarification" of the legal definition of the term "dwelling unit" would read:

One definition suddenly becomes seven. So much for clarification. And how do they justify this contorted hodgepodge of concessions to the needs of the developer that wants to build an out of compliance structure on the old SNF site without a public vote? They do things like quote from old building codes and things that have not had any real validity in decades. In other words, it is gibberish that might sound legalistic, but is in no way legal. It is the building code equivalent of apocrypha.

I don't know how the members of the Planning Commission feel about being asked to change a voter approved law by fiat, and in the process robbing the citizens of Sierra Madre of their right to vote on downtown development. But no matter what, it doesn't have all that much to do with "clarification" anyway since the City in its Staff Report has already dictated what that is. Rather they are being traduced into rubber stamping an edict designed to suit the needs of not only a specific developer, but also a very specific project. Which is about as brutal an abuse of established law as can possibly be imagined.

Should this so-called "clarification" go through it would mean that the voters will have their right to approve how our downtown would look taken away from them. By changing this Measure V amended Code from 13 units per acre to as many as the developer feels like, which is what this change would do, an election could no longer be triggered. In effect that right would have been wrenched from the voters and turned over to Mayor Buchanan and Mayor Pro Tem Moran, who would then be able to peddle the privilege to the highest bidder. A reactionary legal coup designed to rob the taxpayers of their rights, and all for the private benefit and enrichment of development corporations, realtors, corporate utilities and home loan companies.

Kind of the way business is done in a Banana Republic. With the spoils going to the friends and associates of El Exigente.

This change in the term "Dwelling Unit" would also precede similar amendments to the General Plan. And once the "clarification" is in place it would allow the ALF project to move forward without a vote.
The irony here is that should this ALF be put on the ballot in a City of Sierra Madre sanctioned election, it would pass in a walk. I wouldn't be surprised if it garnered 80% of the vote. But that is hardly the point for City Hall. Through their actions the City wants to do away with the voter empowerment aspects of Measure V. They want to undo what was created by a vote of the people. They are horrified by the prospect of you having a vote in these matters, and they want to take that away, and in about as dishonorable a way as possible.

I don't imagine that the volunteers of the Planning Commission feels all that good about being forced to perform this very dirty work. It certainly can't be what they volunteered for when they first signed up for the gig.

To read the City's "clarification" Staff Report in full you can go to the Chris Koerber for City Council site by clicking here. It is not available on the City of Sierra Madre site.
http://sierramadretattler.blogspot.com
Posted by The Moderator at 12:00 AM