SCAG Doesn't Even Pretend To Care 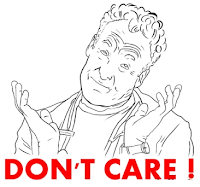