When the People of Sierra Madre Lead, This City Wins

I've been at this Sierra Madre politics game for a while now, and I have to level with you, we don't win very often. Not when we're always up against the kinds of folks we have to continually challenge. And we certainly don't win as big as we did last night almost, well, ever. The last time I can recall feeling as vindicated as I do right now was the night Measure V's little ragged band of community activists beat back about $180,000 in BIA and CAR money and shut down one of the most regressive and frankly grotesque downtown development schemes ever.

Measure V won by 93 votes (link), or just about the same margin that put Denise Delmar on our City Council. Measure UUT was kicked to the curb by less than a hundred ballots. Each and every time Sierra Madre is saved, it is by just a very few votes. We constantly teeter on the edge of disaster, yet each time somehow manage to yank victory from the bloody jaws of defeat, and by the very smallest of margins. It is almost enough to make you believe in miracles.

There is a sleeping giant in Sierra Madre, but last night it was wide awake. And that sleeping giant is its people. I don't know what it is about this town, but it attracts some of the smartest people you can find anywhere. And in surprisingly robust quantities. This is one high IQ burg. All packed into three unlikely square miles.

Speaker after speaker strode up to the podium and delivered incredibly effective talks about why there should be a moratorium on development, and why there should be a moratorium on enabling development with our limited water resources, and why the people of Sierra Madre should not be fined after having endured a two part 100% water rate jack up on stuff that turned the color of well ripened bananas along the way.

And they the people won on each and every one of those demands last night. And by a unanimous vote of the City Council. Talk about outcome over process.

Even the two members who apparently opposed development moratoriums at the previous City Council meeting climbed on board last night. And let's face it, what real choice were they given? They either got right with the sleeping giant or faced the very real prospect of being swept away. And in perhaps the most politically unpleasant of ways.

Sleeping giants can be dangerous if ignored. Especially when they're on a roll.

However, and to use the all too familiar maxim, the devil remains to be found in the details. There is a lot here that is still unfinished. Process lurks. The General Plan remains suspended in time and space. The finer points of exactly how a building and water use moratorium is to be implemented remain to be defined. And the City Council still believes that there will be a good time to fine people for even less than exuberant water use. Water that will soon be double the price it was less than five years ago.

The Mater Dolorosa, Stonehouse and One Carter McMansion developers are still out there. They may now be delayed, but they are hardly defeated. They still have lawyers who can look you in the eye and tell you that there are no water shortages. And could care less whether or not you laugh when they say it.

Trust me, there are still some meetings that will need your attention. Because last night's surprise City Council heroes may not be as true to what you care about as you think. You never really know. Sure they are capable of doing good things. But that might only be when the room is full. Will they revert to kind once that room is back to being empty?

Do you feel lucky? Well, do you?

Two people who have impressed me far too much. Especially after last night. Denise Delmar, whose courageous and visionary leadership on the dual moratoriums made what happened last night possible. And Matt Bryant. The guy is a gifted leader. More than anyone else he filled that room, and in the most earnest and positive way possible. The people of this town would be damn foolish if they didn't drag him kicking and screaming to a seat on the City Council in 2016.

Hopefully what we and all of the members of the City Council won last night holds.

An entire way of life is riding on it. 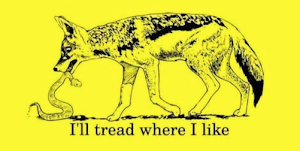 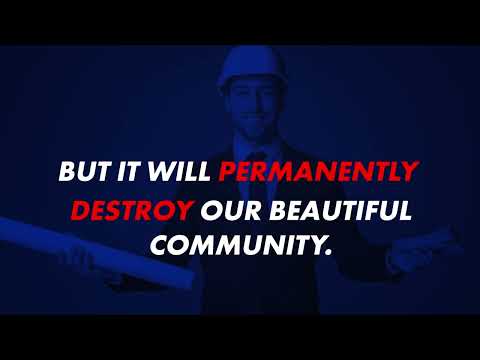