Apparently Donald Trump Isn't Going To Build That Wall After All ... Which I Guess Means Mexico Won't Have To Pay For It

After having endlessly claimed that he was going to build a wall to keep Mexicans out of the United States, Donald Trump has now flip-flopped on it. As a matter of fact, Donald has now flipped on that entire issue. This has upset quite a few of his supporters, but none quite so much as the excitable individual appearing in this following video.


Attempts by the Trump campaign to explain this sudden reversal on his signature issue are as stupid and ridiculous as just about everything else they come up with. But none is so laughably idiotic as the following found on a news site called Mediaite (link). 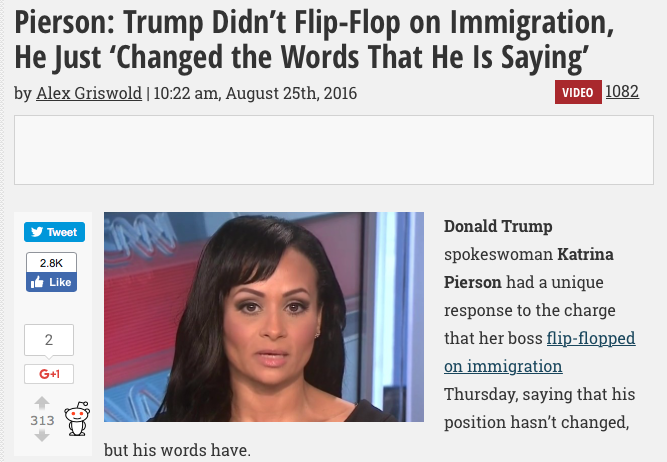 The most delicious part of the whole fiasco is what this has done to Ann Coulter. She was just about to go on tour behind her new book praising Donald Trump, but after this how can she? Here is how Ann showed her disappointment yesterday. 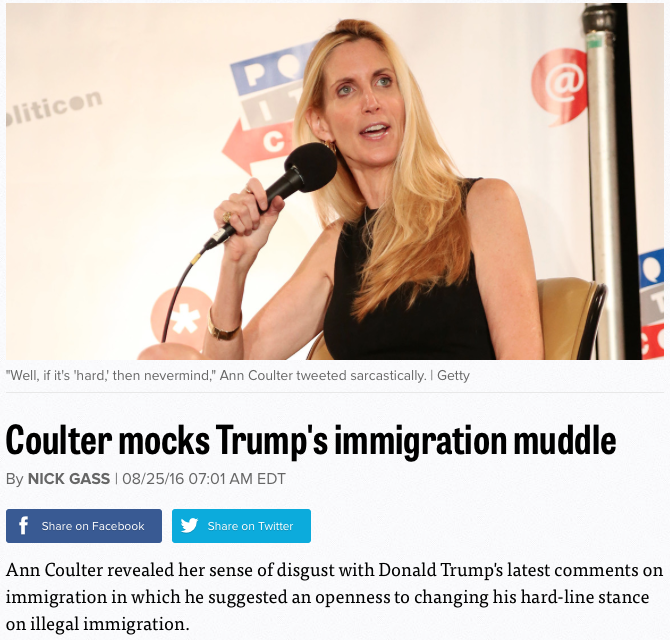 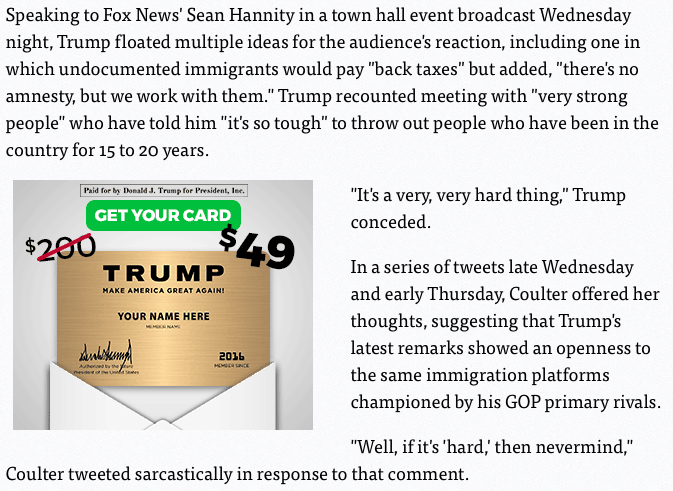 We don't get to see much in the way of national political advertising here in California because the results are pretty much a foregone conclusion. But this one should hit pretty hard in the battleground states.


This certainly has been an interesting political year so far. I hope you're having as much fun as I am.