Slate: We Live in the World Roger Ailes Broke

Mod: Not everyone mourns the passing of Roger Ailes.

We Live in the World Roger Ailes Broke (Slate.com link): Roger Ailes, the former head of the Fox News Channel, passed away on Thursday at the age of 77. The news was announced via a statement from his wife, Elizabeth, who wrote that “his work in entertainment, in politics, and in news affected the lives of many millions.” This is true. Ailes leaves behind one of the largest legacies of any media figure of the past century: He made our country nastier, stupider, cruder, and more bigoted. Even as the memory of Ailes the man fades, we will always be able to look back on what he built.

When Rupert Murdoch hired Ailes to create Fox News as an "alternative" to the mainstream media, Murdoch's intention was clear. He wanted to degrade American society in precisely the way he had degraded British society. And when degradation is your goal, there is no better hire than Roger Ailes. Ailes was a political aide turned television genius who emanated anger; his crucial insight was that there was a great amount of money to be made off the resentments of others. And the more you could stoke those resentments, the more money you would earn. At the same time, you could increase the net amount of resentment, and create a coarser society, all the better for your own pocketbook.

But Ailes was not some phony elitist playing a con on the rubes. No, he really loved degrading people, and he held the same resentments as the pathetic viewers whose worlds he manipulated. Indeed, one of the special things about Ailes was the depth of his hatred, and the broad-ranging reach of his racism. Some bigots confine their disgust to a single group, or religion; Ailes, however, was never so limited. Who did the man dislike? Muslims? Yep. Black Americans? Check. Jews? Uh-huh. Hispanics? Yes. Fox, under Ailes' leadership, became a leader in spewing all these different forms of bigotry. He was a visionary.

Ailes also took a special interest in the careers of much of the female talent at Fox News. His leadership style was to sexually harass female employees and ensure a grotesque environment at the network, which nicely mimicked the misogyny Fox watchers could see on their television screens every day. Elizabeth Ailes’ statement recalling the millions of lives her husband affected calls to mind Stalin’s line about one death being a tragedy, and millions of deaths being a mere statistic. Ailes’ family and friends should never forget that their beloved Roger ruined individual lives, too.

It is sometimes said during a period of mourning that we should focus on the life, rather than the death. Who could disagree in this case? There will be other Roger Ailes: men of low character and morals who don't care about the society they help destroy and the lives they help wreck, who don't give a second thought to the victims of their petty prejudices and vomit-inducing sexual desires. But by ensuring that his id was available on television every night for millions of viewers, Ailes helped elect a president remarkably similar to himself, thus permanently enshrining his legacy. Ailes may be resting in peace; the rest of us live in the decidedly nonpacific world he helped create. 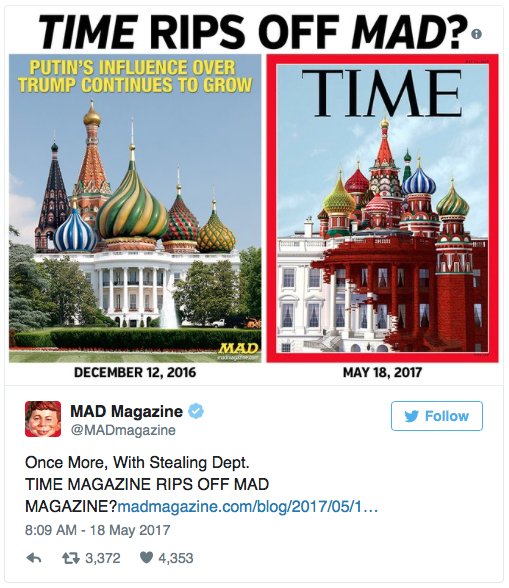