Here is an interesting concept. If a community doesn't build a homeless shelter, they are less likely to have a homeless problem. I suppose that could be argued over, but if there isn't the prospect of a cot and a hot (meal), there would be no real reason for a homeless person to show up here. And according to the following article it appears they have gone elsewhere.

These San Gabriel Valley cities have no homeless residents (Pasadena Star News link): The 2018 Los Angeles County homeless count numbers are out. Overall, the numbers in San Gabriel Valley are holding steady: 3,561 homeless individuals were counted in the Valley this year, just two more than last year. That bucks an overall trend for the county, which saw the homeless population shrink for the first time in four years, by 4 percent.

The numbers do not include Pasadena, which conducts its own count. Those numbers, released in May, showed 677 homeless individuals living in Pasadena in January 2018, an 18 percent increase from the year before.

But there are some cities with no homeless individuals living there, per the January count. They are:

Sierra Madre was the only city to have dropped to zero; the others counted no homeless last year. Sierra Madre tallied one homeless individual in 2017.

So there you go. A 100% drop in the homeless population in Sierra Madre. Which City Councilmember is most likely to take the credit? My bet is on the one now planning to run for a higher office.

But it is yet another in a series of major accomplishments here. The water bond debt has been dampened, CalPERS costs have been reduced for the moment, mansionization has been dealt with through a tactic called complete abject surrender, and now the homeless problem has been solved.

They're working miracles down there.

Sometimes the best changes are the ones that didn't happen

In August of 2011 there was a burning irrational urgency to build a homeless shelter somewhere on East Montecito. Known to some as The Arts District. Here is how we described this 7 years ago. 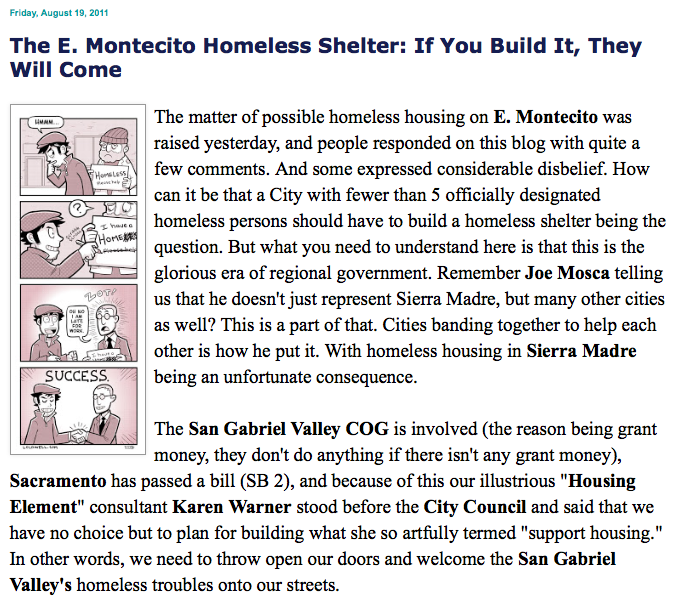 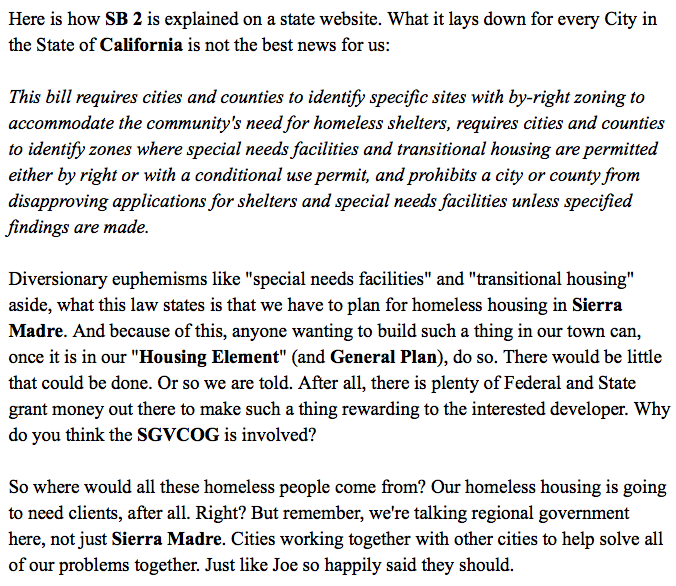 The rest of the article can be viewed by clicking here.

So where is the lesson in all of this? If then Councilmember Joe Mosca and his equally witless SGVCOG pals had succeeded in building a homeless shelter on East Montecito, would Sierra Madre now be celebrating the complete eradication of homelessness within its borders?

All City Council meetings are special, but this one involves water and money so it becomes even more special. The Tea Party boys have been pushing hard for people to get their Prop 218 protest ballots in, so there should be at least 30 submitted is my guess. Or only several thousand short. Their influence in the community remains lasting and profound. You can link to the city's pertinent agenda report here. 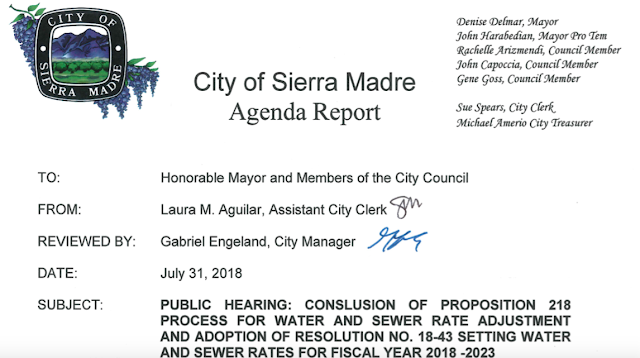 The Tattler is visited by many Russians

I have no idea what they think this site is all about, but the stats show that each time we post an article dealing with President Mango a lot of traffic from Russian comes our way. Yesterday was no exception. Check out this screenshot from last evening: 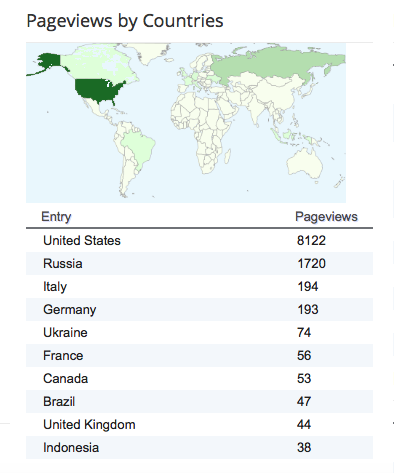 Maybe they think we're this massive news site with millions of readers or something. It would be pretty funny if they did.