Is the GOP having a senior moment? Older voters are deserting in droves

Mod: Do you believe older folks are a lock for the GOP this November? You know, that segment of voters most likely to actually go to the polls? Think again.

The GOP's older voter problem (CNN link): Is the GOP having a senior moment? Late summer surveys by CNN and other organizations show senior voters tilting decisively towards Democratic congressional candidates. That would dramatically reverse the recent pattern in midterm elections when the elderly provided a major boost to GOP candidates.

In CNN surveys conducted in early August and early September, registered voters who are 65 years of age and up preferred Democratic congressional candidates to Republicans by margins of 20 and 16 percentage points, respectively.

CNN is not the only news organization to report this kind of GOP deficit among seniors. A late August Washington Post-ABC News survey found that if older voters were casting their ballots today, they would back Democratic candidates for the House of Representatives over Republican candidates by a whopping 22-point margin, 57% to 35%. Similarly, a national poll by Marist College conducted in early September found that among voters 60 years of age and up, they favored Democratic congressional candidates by a 15-point margin.

Trump is always bragging about setting records. I wonder how he feels about this one. 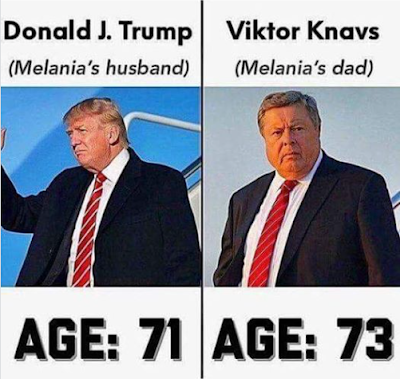 The publisher has ordered a 10th printing of the book, which as of Wednesday morning was the No. 1 bestselling book at Barnes and Noble and at Amazon. Woodward's is the latest in a string of books about the Trump White House, and looks to be on track to be the most successful. Entertainment Weekly notes that journalist Michael Wolff's "Fire and Fury," which dominated the bestseller charts when it was published in January, sold 500,000 in its first two weeks of release. Former FBI Director James Comey's memoir "A Higher Loyalty," which also made extensive headlines, sold 300,000 copies in its first week.

"Fear," which relies heavily on anonymous sources, contains several explosive allegations about the Trump White House. Woodward is a veteran Beltway journalist whose claim to fame was, with co-writer Carl Bernstein and the help of an anonymous source called Deep Throat, exposing the Watergate scandal in the pages of the Washington Post.

In “Fear,” Woodward claims that aides to President Trump would remove papers from his desk so that he wouldn't sign them. The book also suggests that Trump called Atty. Gen. Jeff Sessions "mentally retarded" and a "dumb Southerner," which Trump has denied.

Woodward quotes one source that said that Chief of Staff John Kelly called Trump an "idiot," saying, "He's gone off the rails. We're in Crazytown. I don't even know why any of us are here. This is the worst job I've ever had."