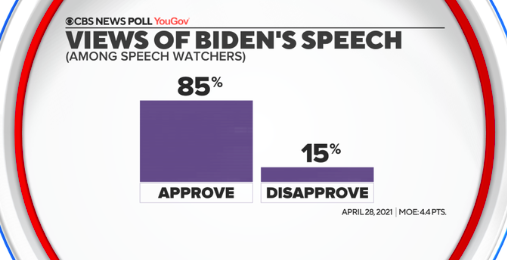 Mod: Whatever is left of the Republican Party can get their Joe McCarthy on all they want. Problem is the American people won't care to hear even a little of it. 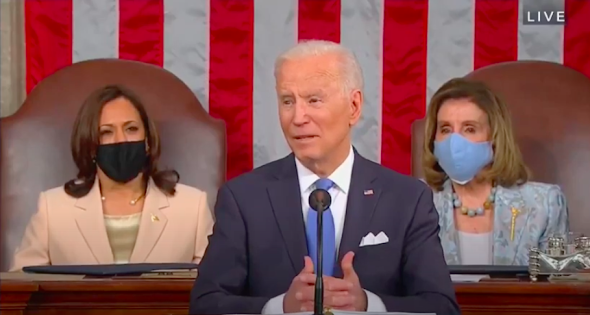 "President Joe Biden wants to soak the rich to give to the middle class and poor. And he ain't afraid to say so. In his first address before a joint session of Congress, the president embraced a tax-and-spend mantra to frame his next big legislative fight, walking right up to a third rail that has terrified Democrats for decades and forced his predecessors to triangulate and retreat to safer middle ground," Politico reported.

Americans responded overwhelmingly in favor of his message, according to a snap poll of viewers conducted by CBS News. The poll found 85% of respondents approved, while only 15% disapproved.