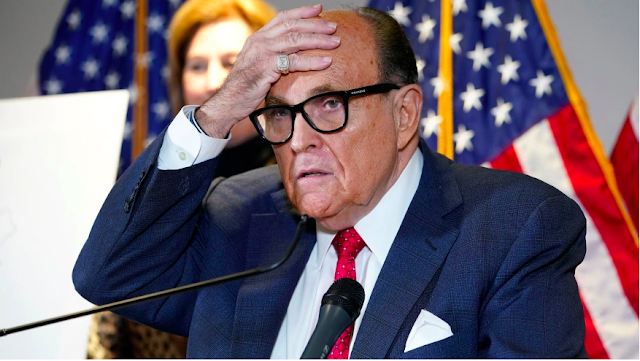 Mod: From America's Mayor to just another Trump admin convict? It isn't just the mighty that fall, not at all. 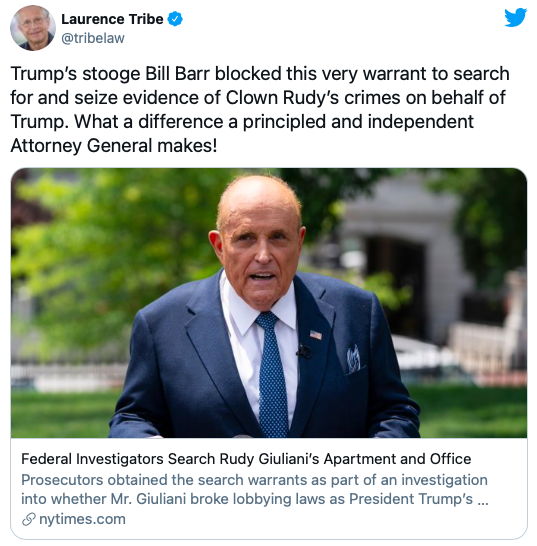 Three sources with knowledge of the matter told the New York Times that investigators in Manhattan searched the Upper West Side apartment Wednesday as part of a criminal investigation into Donald Trump's personal attorney's dealings in Ukraine, which resulted in the former president's first impeachment.

Investigators are primarily interested in whether the former New York City mayor illegally lobbied the Trump administration in 2019 on behalf of Ukrainian officials and oligarchs who were helping Giuliani dig up damaging information against the former president's political rivals, including now-President Joe Biden.

The U.S. Attorney's office in Manhattan and the FBI had long sought a search warrant for Giuliani's phones, but were blocked by senior political appointees in Trump's Justice Department.
sierramadretattler.blogspot.com
Posted by The Moderator at 10:20 AM