Jim Bakker to his followers: Send me $1 million or they’ll cancel my show in a week 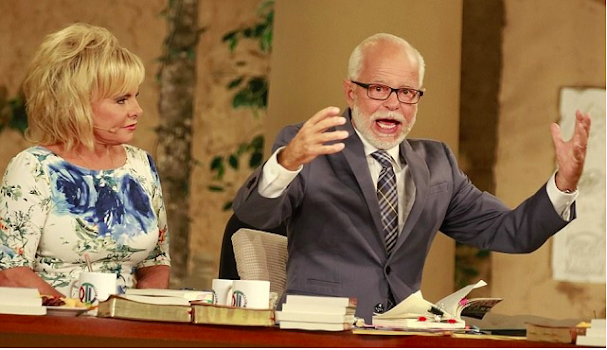 Mod: There can't be anyone alive who still believes in anything this con says, right?

Jim Bakker to his followers: Send me $1 million or they’ll cancel my show in a week (Dead State link): In a somewhat frantic tone on The Jim Bakker Show this week, televangelist Jim Bakker begged his followers for money, saying that if he didn’t pay his bills, his show would soon be taken off the air. 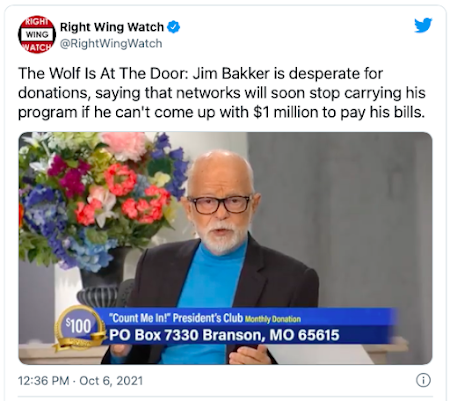 “I’ve been told that the network is gonna cancel our broadcast within another week,” Bakker said. “We’ve got to catch up on the bills, and that’s about a million dollars.”

“We’ve lost millions in finances due to the legal battles we’ve fought, losing our ability to receive donations by credit cards for over a year — has left us in a desperate state,” he continued.

“But what the Devil has tried to do is silence our voice.” Bakker then directly addressed his followers. “I’m asking you as a friend and longtime supporter of this ministry, valued partners, will you help us? Turn this wolf away from our door.”