Mod: My wild guess is Jenna Ryan sees herself as a martyr and is now looking for a lucrative book deal with Regnery.

Capitol rioter who said being ‘blonde and white’ would keep her out of prison gets sentenced to prison (Dead State link): The North Texas realtor who took a private plane to Washington D.C. to participate in the riot that breached the U.S. Capitol on Jan. 6 has been sentenced to 60 days in prison, WUSA9 reports. Jenna Ryan was charged back in January with violent entry and disorderly conduct in a capitol building along with other charges after her arrest the same month. She hasn’t been shy about pleading her case on Twitter and she regularly engages her critics who hoped that she’d one day go to jail. 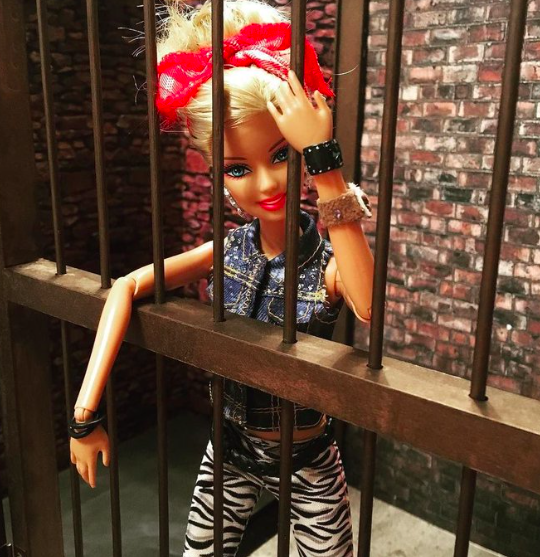 Speaking to Ryan this Thursday, U.S. District Judge Christopher Cooper said it was clear she knew what she was doing when she traveled to D.C. after watching coverage of the riot on Fox News.

“You knew it when you walked out of your hotel room and said, ‘We’re going to war and we’re going to be breaking windows,’” Cooper said.

Back in March, Ryan fired off a series of tweets complaining that her story is being ignored in “conservative alt news,” which she describes as outlets like the Gateway Pundit and Alex Jones’ InfoWars. When someone chimed in on her thread and told her that she’s “goin’ to jail,” Ryan fired back with an explanation as to why that won’t happen. “Definitely not going to jail,” she wrote. “Sorry I have blonde hair white skin a great job a great future and I’m not going to jail. Sorry to rain on your hater parade. I did nothing wrong.”

Along with her 60-day sentence, she will also have to pay the standard $500 in restitution required in all January 6 misdemeanor plea deals. After her sentencing, Ryan and her attorney spoke with WUSA9 and she said she was sorry for entering the Capitol “for two minutes,” and then blamed the media for her sentence.

“I’m disappointed that I’m being used as an example, because other people that walked in for two minutes may not have the same thing, but because I’m a public person and I have a Twitter account, I’m being punished for that,” Ryan said. “Because the media are doing what you’re all doing now, I’m being punished for this. And it’s actually causing my incarceration. I think that’s a travesty. I think everybody should be able to tweet without being persecuted and treated like crap.”

sierramadretattler.blogspot.com
Posted by The Moderator at 12:00 AM