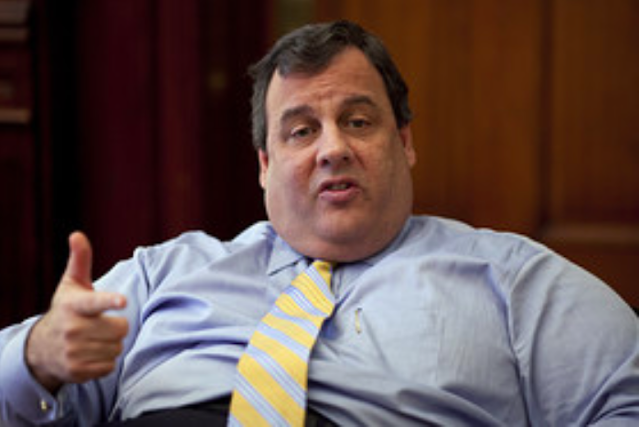 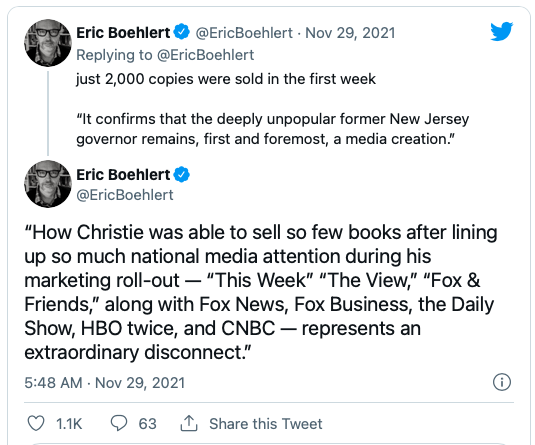 Christie was on broadcast networks, all three cable networks, Sunday shows, HBO,  and even got a primetime special, and none of it helped him sell books. Chris Christie was everywhere, and the result was that the American people still didn’t like him or care about what he had to say.

Chris Christie has always been a mainstream media creation. He is what the corporate press laps up, a supposedly moderate blue-state Republican. 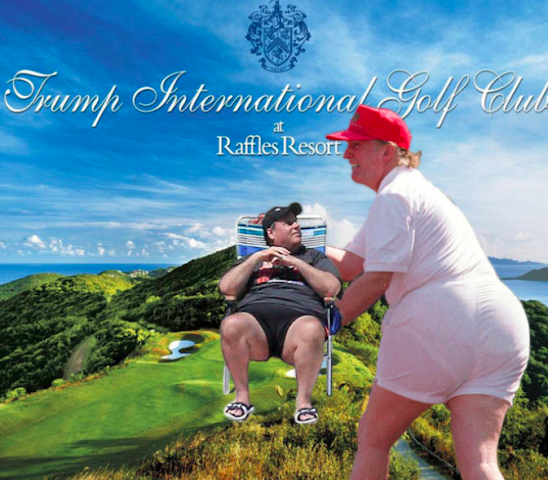 Christie has no 2024 future. He will keep offering his opinions and sucking up to Donald Trump while pretending to be moderate for as long as anyone will give him airtime.

There is no market for Chris Christie. America is not crying out for a Christie comeback.

If anything, the book sales numbers suggest that what the American people really want is for Chris Christie to get off of their televisions and go away.