Mod: You do know, it appears that Trump really did want to see Pence hung on Jan 6.

Trump’s Treatment of Pence During Capitol Riot Was Even Worse Than We Knew (New York link): New information about the January 6 mob attack on the Capitol reveals that former president Donald Trump sent a tweet admonishing Mike Pence for lacking the “courage” to try to overturn the election a few minutes after he learned his vice-president was in physical danger from a mob he instigated. 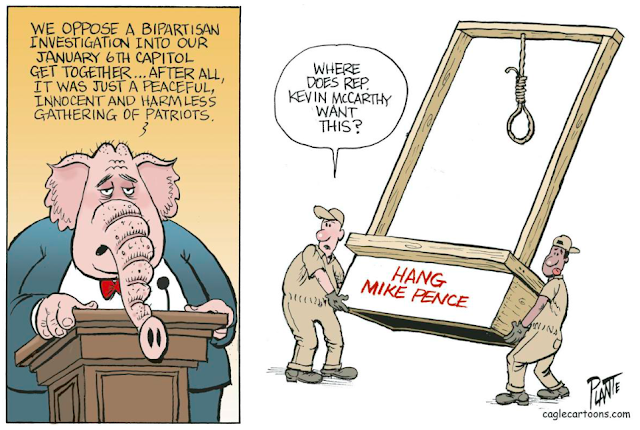 The revelation comes from Alabama senator Tommy Tuberville, whom Trump called on January 6 in a desperate bid to halt the certification of electoral votes. That phone call (which Trump accidentally made to Senator Mike Lee, who then passed the phone to Tuberville) was already public knowledge before this week, and had figured into Democrats’ impeachment presentation as an example of Trump’s indifference to the riot he helped cause. 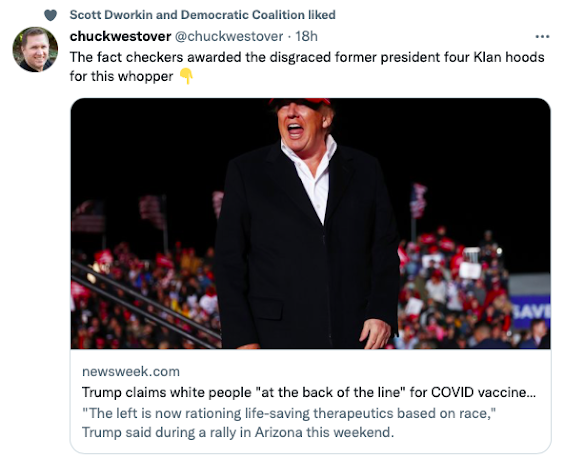 But Tuberville added new detail on Wednesday night, telling reporters that during his conversation with Trump, he told the president that security had just taken Pence out of the chamber for safety purposes.

Pence was removed from the Senate chamber at 2:14 p.m. Tuberville’s recounting of the conversation would mean that Trump knew about the chaos that was unfolding when he sent a tweet ten minutes later complaining that “Mike Pence didn’t have the courage to do what should have been done to protect our Country and our Constitution.” Given Trump’s cable-news addiction, it was already highly likely that he’d been tracking the riot’s progress. 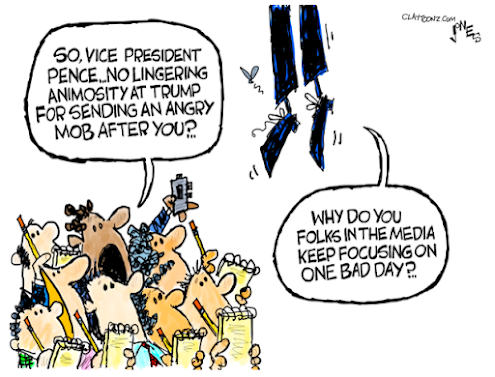 But now we know with more certainty that Trump was fully aware of the danger facing his vice-president as he continued to rage about Pence’s supposed disloyalty. (The fact that Pence couldn’t have done anything about the election results even if he had wanted to didn’t dissuade Trump from attacking him.)

The fury Trump directed at his vice-president was manifest in the cries of the mob, who shouted “hang Mike Pence!” as they barreled into the Capitol. There is no indication that Trump ever inquired about Pence’s physical safety or well-being during or after the deadly siege.