MAGA Madman: Josh Hawley Spits On The Constitution With Bill To Strip Disney Of Copyrights 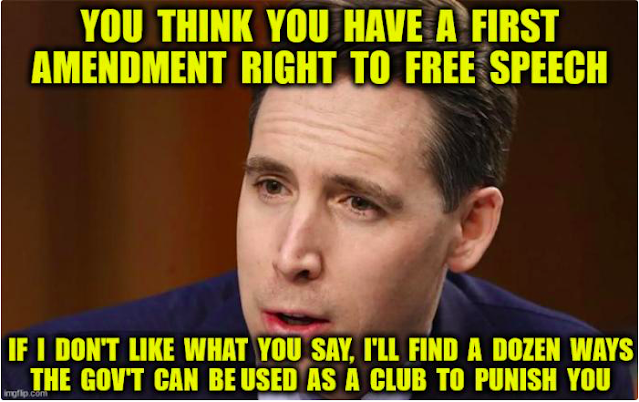 Mod: What possesses these people?

Josh Hawley Spits On The Constitution With Bill To Strip Disney Of Copyrights (Politicus USA link): Sen Josh Hawley (R-MO) has introduced legislation that is an unconstitutional attack on Disney. Variety reported: 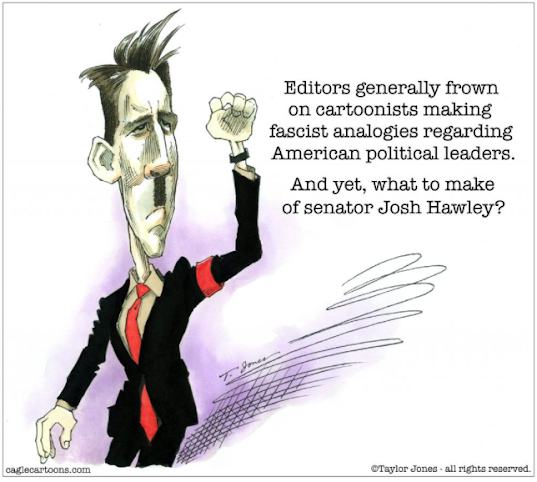 Hawley’s bill would dramatically rewrite U.S. copyright law, shortening the total term available to all copyright holders going forward by several decades. It would also seek to retroactively limit Disney’s copyrights, effectively stripping the company of much of its intellectual property, in a move that would face several legal obstacles.

“That is a blatantly unconstitutional taking of property without compensation,” said Prof. Paul Goldstein, an intellectual property expert at Stanford Law School. 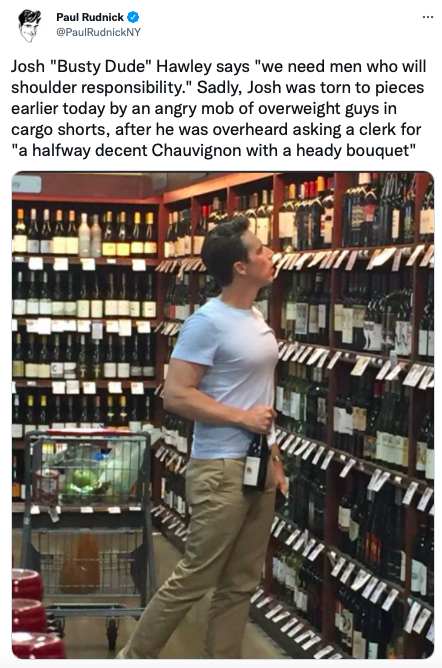 Josh Hawley Is Showing That Republicans Are Anti-Business

Republicans used to be known as the party that was pro-business. It was just a few years ago that Congress was full of Republicans who elevated businesses to mythical status and spent their time fretting about doing anything that would hurt “job creators.”

The GOP has shifted from job creators to abusing the power of Congress to strip a company that expressed an opinion on gay rights of their copyright protections. 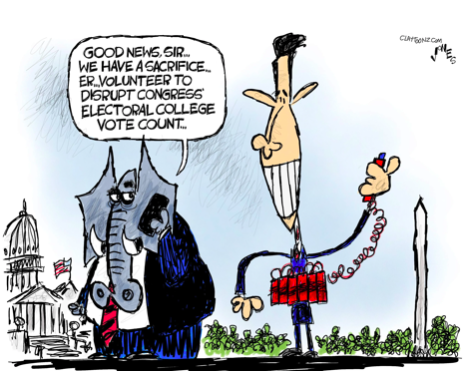 Hawley’s bill is an example of the government trying to use its power to silence criticism. The GOP is trying to make an example out of Disney so that other companies stay quiet.

Sen. Hawley’s bill has zero chance of becoming law, but just like his incitement of the Capitol attack, his anti-democracy behavior will have consequences.